Battle it out with your friends and enemies in this small 1V1 fighting game.

TAB OR BACKSPACE TO START NEW GAME - PRESS THE ATTACK KEY TO CHANGE A PLAYER TO A CPU BEFORE THE MATCH - RETURN TO MAIN MENU BY HOVERING MOUSE OVER HOME BUTTEN, SEE SCREENSHOT

E or M - Parry (can only be done on the ground, counters an opponent's move)

NUMPAD 1 or PLUS - Parry (can only be done on the ground, counters an opponent's move)

Any feedback would be helpful!

Have fun destroying your friends, and return in a couple of weeks when there is a new update!

Play the previous versions on the Silhouette Showdown Archive:

its a good game, but i think it could use an update for the controls. sometimes it can cramp up my fingers and get confusing at times. its very good though. fun to whack the ai around and mix up moves. very nice sounds too :3

Glad you like it! I'm working on an update right now and there is already the option implemented to sprint by holding a button instead of double-tapping. Sadly Godot (the game engine I'm using) doesn't recognise both shift keys as different buttons, so I'm mapping them to CAPS LOCK/N (p1) and SLASH/period(.) (p2).

I'm in a bit of a busy 2 weeks with school right now, but once I'm done I think I can update it pretty soon. If you have any more suggestions for the next update, let me know!

is there ai that would be a cool feature

Yes! before the battle starts you can press the attack button of the player that you want to be an AI and it will become "CPU level 1". You can select 4 levels with 4 being the hardest. They're not very smart but I'm updating them to become smarter.

hey, i played your game with a friend and its really fun, congrats ! also about the running thing I definitely think you should add a button to hold to run, because the fighting is really fast and intense, and having to double tap all the time to run and do the dash is kinda annoying. other than that, the game is awesome!

can you pls add a dash or maybe make the walking speed faster??? its a bit sluggish to simply double click to go at a run which is still too slow.  I am just suggesting this, no forcing.

I'm thinking of making the players move just a little bit faster, but it starts to feel strange when I increase it by more than about 20%, so it won't be much faster. (Don't worry about making me feel forced :), that message at the start was mainly for people who went too far.)

Are you playing on keyboard or controller btw? I noticed that the double tap is a bit annoying sometimes on a controller so I might add a run button, although that would make the game slightly less simple...

Im so happy! If we would ever expect a new update what would you think would be in it? Anyways, im loving the new update, ive been having CPU's fighting against each other for the fun of it and watching the power difference with them.

I think a lot more new stages, since they're pretty easy to make. I also already have some new concepts for items and I also think a new gamemode would be cool to add, since that would make the game more replayable. I first have to fix some bugs though as soon as I am back home.

so on the big dark map when you color one of the ninjas white they become almost invisible, allowing for really cool fights on it. Due to this if you air attack to have more time in the air you are almost entirely invisible for much longer and also allowing you to surprise attack people, fighting against a level 4 cpu that i colored black was incredibly fun due to this

Gruz mother is too easy

u still makin the gaem?

I'm working on a sequal, but I also want to add more stages to this one and make the UI better. If you have any suggestions let me know :

Id think maybe a stage with spikes that could pop up would be cool?maybe more stages with springs and sawblades in the same stage? hell possibly a stage with stuff like, AI enemies? like ninjas with a cool outfit, and you cant fight your friend in the stage? it would be pretty cool. maybe for the UI theres a little ninja and when you select it the little ninja does an attack?

wsad. just wsad. other than that pretty fun, works with snes controller so i can play it like street fighter

It would be cool if you added a gamemode where you could use a weapon of choice. So "All hands" or "Weapons" gamemodes, and you choose different weapons by clicking on for example arrows above the character to switch to the right and left.

That would indeed be very cool, at one point in development I considered adding throwable weapons that players could pick up such as shurikens or daggers, but adding entire weapons would mean there need to be a lot more animations so that would take quite some time. Still, throwable weapons could be added some day...

Maybe you could add a sword too that drops every minute and gets removed from a player after 5 seconds of holding it.

Oh yeah by the way, could you add a multiplayer mode?

As in online multiplayer? That would take some time for me to learn, but you can play multiplayer locally with the arrows on the keyboard and WASD.

Yes online multiplayer, it gets pretty boring just playing against a bot all the time. Level 4 bots are too easy

awesome game! i would really appriciate an opitions button for changing the controls. and also an higher ai difficulty, keep up the good work!

Thank you so much! The higher AI difficulty is on it's way, and thanks for the suggestion!

that was really fun, if comma and period could be used for player two itd be great as player 1 cant jump while player 2 parries or the tab closes

Thank you so much for commenting :D. Parries for the 2nd player can now be done by pressing the right ctrl button!

you can do a super jump/ dash jump/ rolling jump which gets you to the other side of the screen pretty quick. just initiate a roll, jump, and let go of forward the first or second frame during the startup of the roll. 3 corndogs outta 2 cream soda doctor peppers (nice).

- This looks like exactly the type of game I would have played at school during lunch break. Make sure you get this game on coolmathgames.com!

- I like the ability to customise your headband colour. Nice touch.

- I don't have anyone I could play this with right now, so I think it would be good if there was some AI, even if it was really really basic (e.g. follows you and randomly attacks you with different combinations so you can practice). I just need something to attack that allows me to get a better feel for the game!

- I was surprised to see that the dive roll attacks the other player! I would have assumed it just gave you momentary invulnerability and granted you easy access to behind your opponent. Perhaps this could even have a counter too, like you could grab/trip your opponent and throw them on the floor as they run past.

- Speaking of grabbing your opponent, it would be cool to have some taunts, either from a distance like rude gestures, or close up like being able to headlock your opponent and scrub their hair with your fist. A harmless action that doesn't take any HP, to just flex that you're in control and winning.

- I managed to do an uppercut somehow, no idea how I did that. Cannot reproduce lol

- Attack idea: Hold A, press space for kick, but before the kick starts, hold D to lean back and go for a head kick / spinning back kick.

- I like the ability to either run or walk, but double tap seems not the best control, as when you're playing with someone, you're going to be edging closely to each other but not too close, so there will be lots of little rapid adjustments back and forwards as you dare to get closer or quickly back out in panic, and it's too easy to activate the running mode by accident and run right into them. You could lean into this as a "feature" and encourages players to think about their moves more carefully, but it will raise the entry bar of difficulty a lot. My suggestion would be to instead use shift as the run key, or wait a few frames before the speed boost kicks in.

- I was a little overwhelmed / confused by all the key shortcuts available for parry. Do they all do the same thing? I personally find it a little uncomfortable to reach any of them, and would suggest perhaps holding S, immediately followed by W, D, A, space, shift, or any other key, which would result in different types of blocks in different circumstances.

That way, you reduce the number of keys to remember (and look at the instructions constantly for), and it's more about experimentation of combinations, rather than referring to the manual.

- Jumping feels a little sluggish once you're in the air, like you're slowing down? It feels like you lose X velocity by jumping, and also you cannot change direction once you're in the air. I know this is more realistic but being able to change direction mid air is a little like coyote time. It's not realistic at all but it just feels better to play.

Overall, this is looking great, I look forward to seeing what comes in the next update!

...how do you customize your headband color? 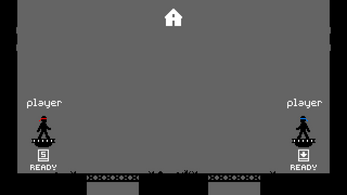 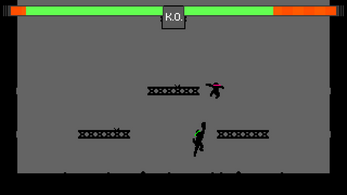 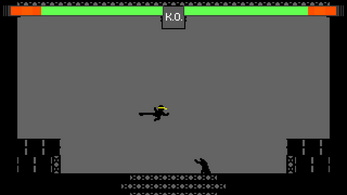